The coat to be evenly dense and not excessively harsh, with as few guard hairs as possible. Coat to be evenly curled and also to a lesser extent on the belly. Curly vibrissae (whiskers) are normal for Rex. Colour to conform to a recognised colour or pattern variety. Where Silver or ticked rats are rexed, allowances should be made for the lower number of guard hairs present than in normal varieties. 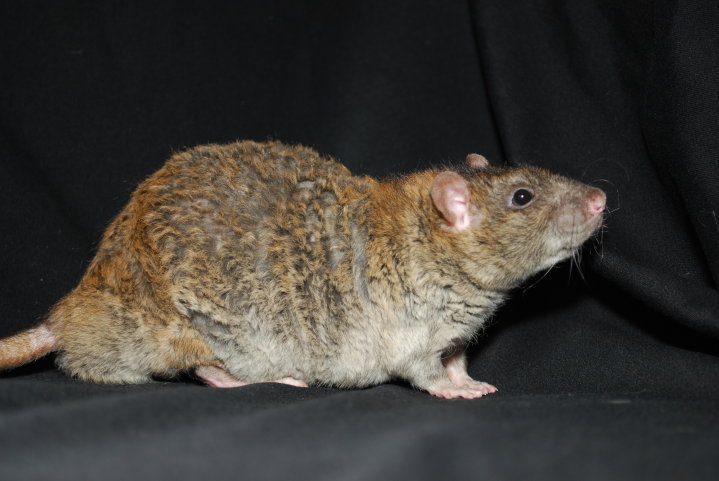 To be judged as standard rats with the following differences:
The ears to be set low on the sides of the head, their base at the back of the cheeks wider and more open than a standard rat. The ear is slightly furled at the top and should stand out at a prominent angle from the head. The ear may appear to be rose petal shaped, but should be perfectly rounded and as flat as possible.
Head shape to follow the standard for normal eared rats, though may appear to differ due to the ear position. A prominent occiput (back of skull) is normal but should not present a 'hunchback' appearance.
Faults: creased, bent and wrinkled ears, ears being too narrow and pointed and tubular rather than rounded.
Serious faults: Dome skulls, fore-shortened head, misplaced or small eyes.
Colour to conform to a recognised colour or pattern variety. 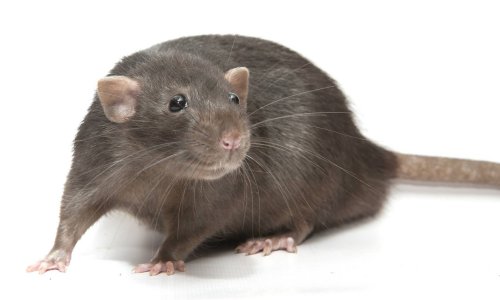